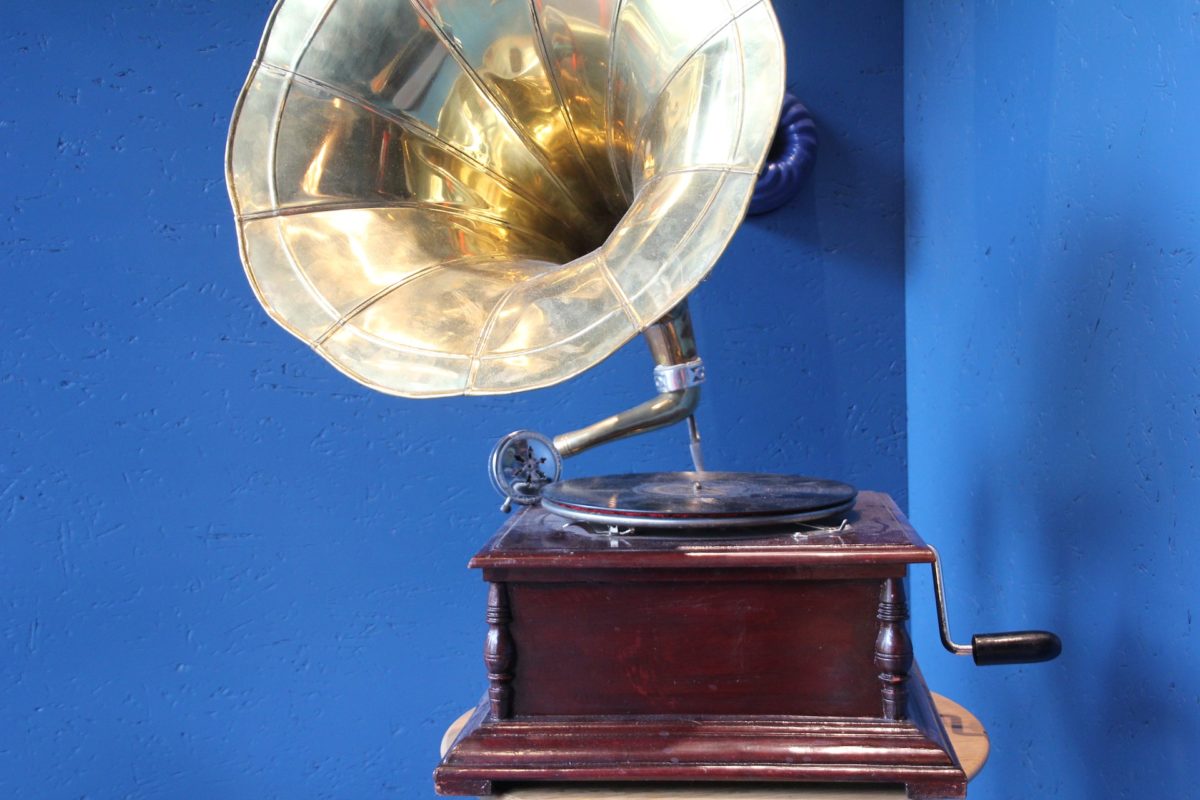 We’ve spent some time before talking about the history of singing. We know it’s been a part of human history since before humans were even recognisable as such, but what about recording? When was the first recording of a human singing?

Recording technology hasn’t been around all that long. Though some people have hypothesised a kind of archaeoacoustics, reading waves of sound etched into clay pots as they spun, though this idea has fallen out of favour.

Many people have believed Thomas Edison held the record for the earliest actual recording, in 1877 when he recorded “Mary Had A Little Lamb” on his new phonograph. However, this was not the first recording. What it actually was, was the first recording which could be played back. The phonograph accomplished this by etching sounds into a tinfoil sheet wrapped around a wax cylinder. These early machines were quiet and produced a more nasal tone than the sound they reproduced.

But if this isn’t the first recording, what is?

The answer seems to be a recording made on April 9, 1860 of a woman singing the French folk song “Claire De La Lune”, recorded by Édouard-Léon Scott de Martinville. This recording was never meant to be played back – technology at the time just wasn’t there but with more modern methods of interpreting sounds, we’ve been able to extract the sound.

The original recording was made on a phonautograph, a device that transcribes a waveform onto paper. As this was a hand-cranked machine, the pitch and timing of the recording fluctuates throughout and produces an eerie warbling that probably wont be making it onto anyone’s gym playlist anytime soon. In fact, recordings from 1867 have been uncovered but their lack of regular timing means we are not yet able to accurately identify the speed at which they should be played in order to accurately represent the quality of recording.

As our technology improves, who knows where we’ll be able to pull sound from. Perhaps the idea of clay pot recordings will eventually yield a result or maybe we’ll find sound hidden in some other, deep, unexplored way.