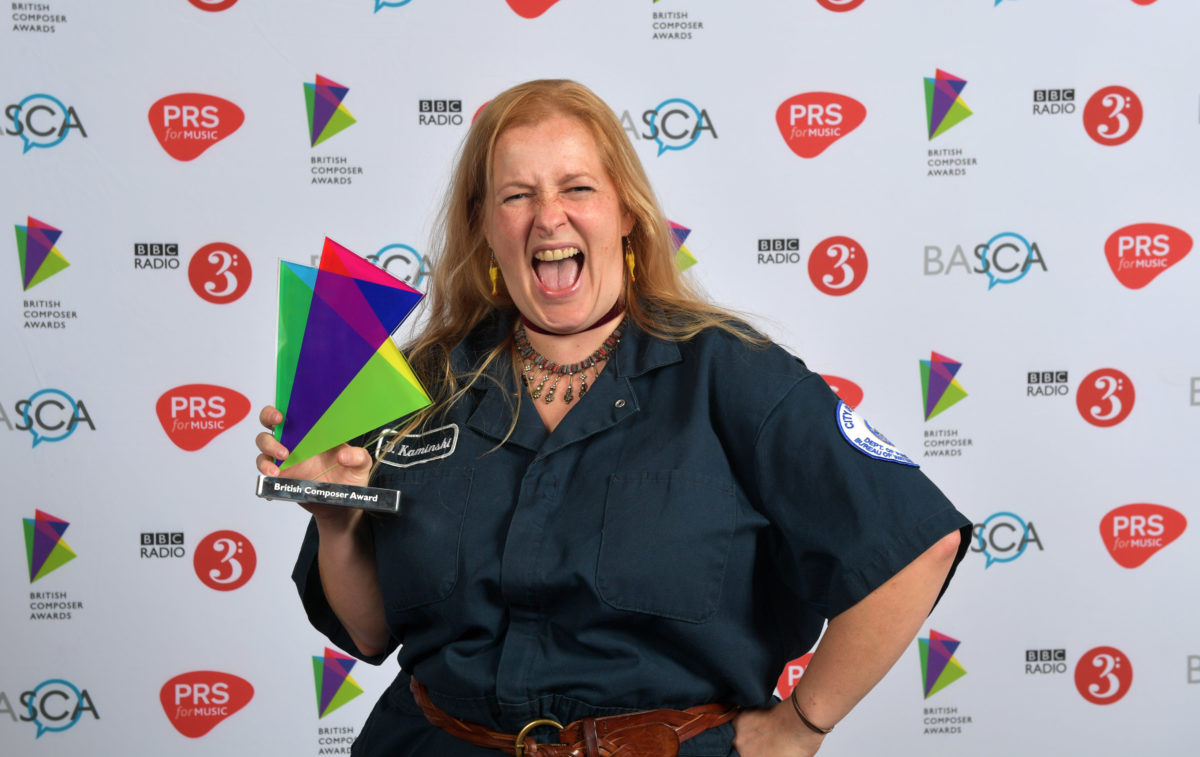 A huge congratulations are in order for our fearless leader, Emily Peasgood, as she picks up the award for Sonic Art at the British Composer Awards.

The award was earned for her work “Halfway to Heaven” which celebrated the rediscovery of a lost Baptist burial ground in Folkestone. The interactive installation was commissioned by the Creative Foundation as part of Folkestone Triennial last year, and was commended by The Times, The Telegraph and Wall Street International, as well as others.

Channeling those interned at the burial site, the work features motion-activated choral pieces featuring narrative elements which explore the relationship between two of the graveyard’s inhabitants. Bringing together a range of disciplines, including sculpture and programming, it’s little wonder Emily’s work was one of the most highly-visited sites during the Triennial.

The awards recognise the art of composition, and the creative talent of composers and sound artists in the UK

Last year, Emily’s works BIRDS and other Stories (2017) and Crossing Over (2016) were nominated at the British Composer Awards, marking the first time an artist saw two nominations in the same category.

All of us at BIGMOUTH Chorus are incredibly proud of the work Emily does and we’re excited to see her recognised in this fashion. We can’t wait to see what she accomplishes next!