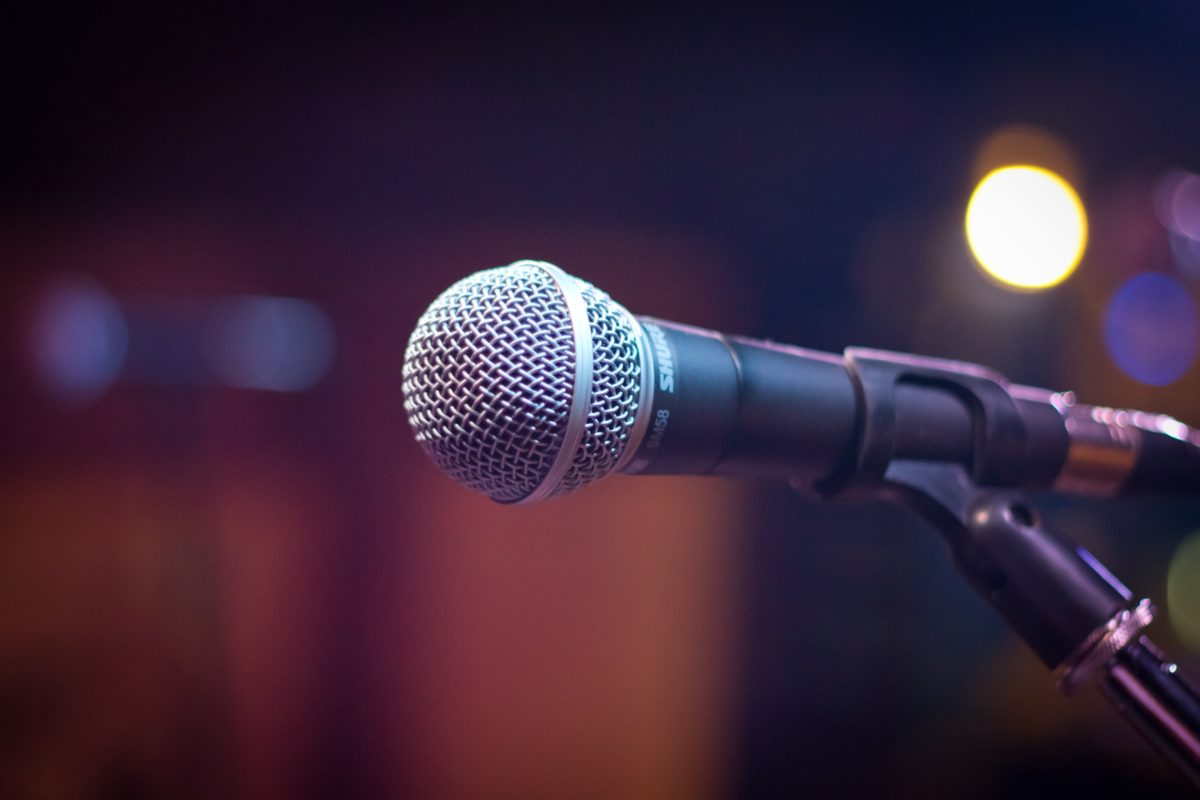 As choir singers, it isn’t often we have to deal with equipment. We’re a big, loud group so amplification isn’t always needed, and if it is, it’s usually the whole ensemble who are miced up rather than the individual singers. However, if there’s one bit of musical gear everyone should be familiar with, it’s the Shure SM58 microphone.

The SM58 has been the go-to vocal mic for around fifty years, ever since it was first produced in 1966. Now it, and it’s instrument-minded sibling the SM57, are the best selling microphones in the world. The SM58 wasn’t originally intended for a live performance setting, the SM stands for “Studio Microphone”, indicating its destiny in the studio, replacing fragile ribbon mics which created many issues when recording or broadcasting. To combat these problems, the team at Shure developed the 565, the first microphone to use the ball shaped grille, now the standard shape for microphones. The 565 became iconic thanks to it’s handheld functionality, a rarity at the time, and saw extensive use during the original Woodstock Festival. However, with free-roaming capabilities, new problems of feedback and handling noise emerged.

The microphone is made of three main parts: the body which you hold, the microphone capsule where sounds are turned into electrical information, and the windscreen or head of the micro that you talk directly into.

In technical terms, the SM58 is a cardioid, dynamic microphone. This means two things. Firstly, the area it picks up best is roughly shaped like a heart (cardioid, as in cardio). This helps to reduce noise from the side and concentrates its effect directly in front of it. As with most cardioid microphones, a singer familiar with the mic can achieve a low-end boost by moving closer to the microphone, though this can also cause distortion.

Secondly, the SM58 is a dynamic microphone, which means it achieves its amplification through electro-magnetic induction. This is how a loudspeaker works, turning a magnet on and off to move a diaphragm, however a microphone reverses this, translating the movements of the diaphragm through a magnetic field into electrical current. This kind of microphone is very common as they are cheaper, resistant to moisture in the singers breath and durable enough for everyday use.

Most microphones use a form of suspension inside the head to reduce noise pickup as the microphone moves. Often, this is a series of springs or rubber bands around the capsule, however the SM58 stands out as it uses a rubber balloon. This keeps the capsule insulated from shock on all sides and allows the singer to move around a stage without fear of rumbling through the microphone. It also helps to filter plosive sounds, the hard “” or “K” syllables that can cut through an audience’s ears.

It can be tempting to hold the mic by the grille, just like rock musicians have done for years, but this actually changes the way the sound of your voice is picked up. Pacing your hand over the grille can muffle high notices and sometimes even boost mid-tones. For best sound, it’s advisable to hold the microphone about halfway down the body. This creates a nice balance in the hand without interfering with the cartridge and sound of your voice. It’s worth remembering, these musicians have spent years learning how to get the most out of these microphones – especially when they are as common as the SM58 – and often, they are subtly using their positioning on the mic to hide weak points of their voice.

There’s plenty of other microphones out in the world, not just the SM58, but chances are you’ll end up noticing one next time you’re onstage or in the toolkit of every sound engineer, so it’s well worth knowing a little bit about what you’re dealing with.