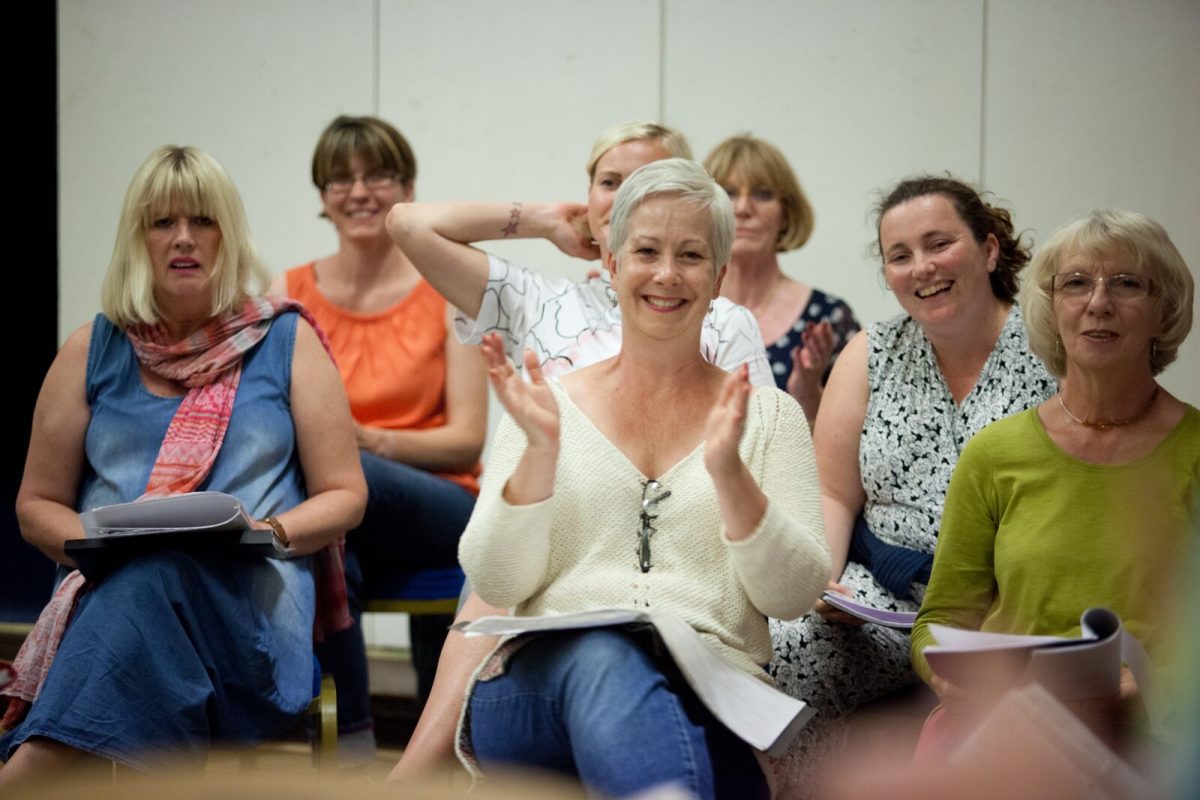 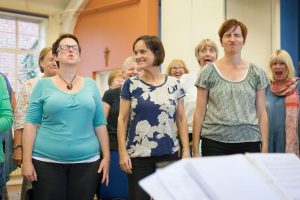 Taking part in a choir is not only a fantastic way to learn to sing. We’ve spoken about the health benefits of choral singing in the past but it may surprise some of you to learn that there are dozens of practical skills being built alongside the music.
Here we look at five of the skills taking part in BIGMOUTH develops.

1. Teamwork
Choirs aren’t about one singer being the best. The focus is on harmony, meaning it doesn’t matter if you’re the best singer in the world, everyone’s voices have to blend together. It’s no use trying to singer louder than everyone else or attempting to upstage others by playing around with dynamics. Everybody is a vital part of the overall sound and as such everyone contributes to that.
There’s a reason the phrase “singing from the same hymn sheet” exists. A choir is a literal example of that. There’s so much going on that requires you to think about the others in the choir, from the speed and volume you’re singing to making sure you aren’t blocking someone’s access to tea during rehearsals.
Being part of a choir helps you consider yourself as part of something bigger and how the individual helps shape the whole.

2. Concentration and focus
There’s a lot learned during a rehearsal, about every song we practice. This means having to pay attention and take everything on board. It’s no use letting your mind wander because you’ll miss some valuable guidance on how to sing the song being discussed.
There are dozens of studies showing that learning a musical skill rewards you with improved concentration and focus.
In modern life, we often find our powers of concentration taxed but by studying music, you are able to build up that ability like a muscle. By focusing on something fun, we willingly pay attention, which leads to improved concentration in other areas.

3. Confidence
Many of us are afraid of being a stage all alone but fortunately, with a choir, we’re surrounded by supportive peers. That safe space enables us to embrace mistakes and carry on, instead of blowing them up and letting them distract us.
This groovy study explores the different ways choirs help your confidence. Hearing other people singing helps you perceive your own singing as of a higher quality and removes some of the fear of attention we experience on stage. The presence of a choir leader or conductor also plays a huge factor, someone who can offer feedback and guidance while you’re singing, to make sure you’re performing at the highest standard you’re capable of. This takes pressure off you by removing the fear of failure. If the choir leader isn’t looking at you and correcting your singing, you must be doing it right.
Additionally, the sense of belonging and community gained from the choir means you don’t have to worry about shouldering the entire burden of quality. Everyone plays a part in making the choir shine, no one is singled out.
Developing a skill like singing is also a way to build tremendous self-worth in your daily life, giving you that extra boost outside of the choir.

4. Discipline
When most people think of discipline, they think of the army, military precision and something mechanical. Discipline isn’t always like that though. Traits like punctuality and commitment can be developed in a safe, nurturing environment like a choir.
Coming to choir encourages a sense of responsibility and punctuality without having to be strict or nasty. Because the choir is fun, you WANT to put in that work and commit. Imagine turning up after the warm-ups had started. Without a proper warm-up, you wouldn’t be able to perform at your best, which would disappoint you. This means you’d make sure to get there on time in future.

5. Active Listening
One of the keys to getting better in choir is listening. Listening to the music, to your fellow choir members, to yourself, and listening to a choir leader. Choirs are built on listening, and while this may seem like a natural skill, many people find it difficult to pick out prudent information.
The difference between active and passive listening is huge and important. When we are hearing sounds but not focusing on them, this is passive listening. We are able to pick out and respond to things like our name but mostly we are just letting the sounds pass over us. Active listening, on the other hand, is when we hone in on those sounds, like when we have a conversation with someone. Choir requires the ability to hear everything and then process that information before you act upon it, whether that be from instructions or in the dynamic setting of singing.

So there we are, five skills developed in choir that aren’t singing. This is by no means an exhaustive list, however, and the benefits can be unique and personal. What is clear, is that singing in a choir is an amazing opportunity to learn and be your best self.