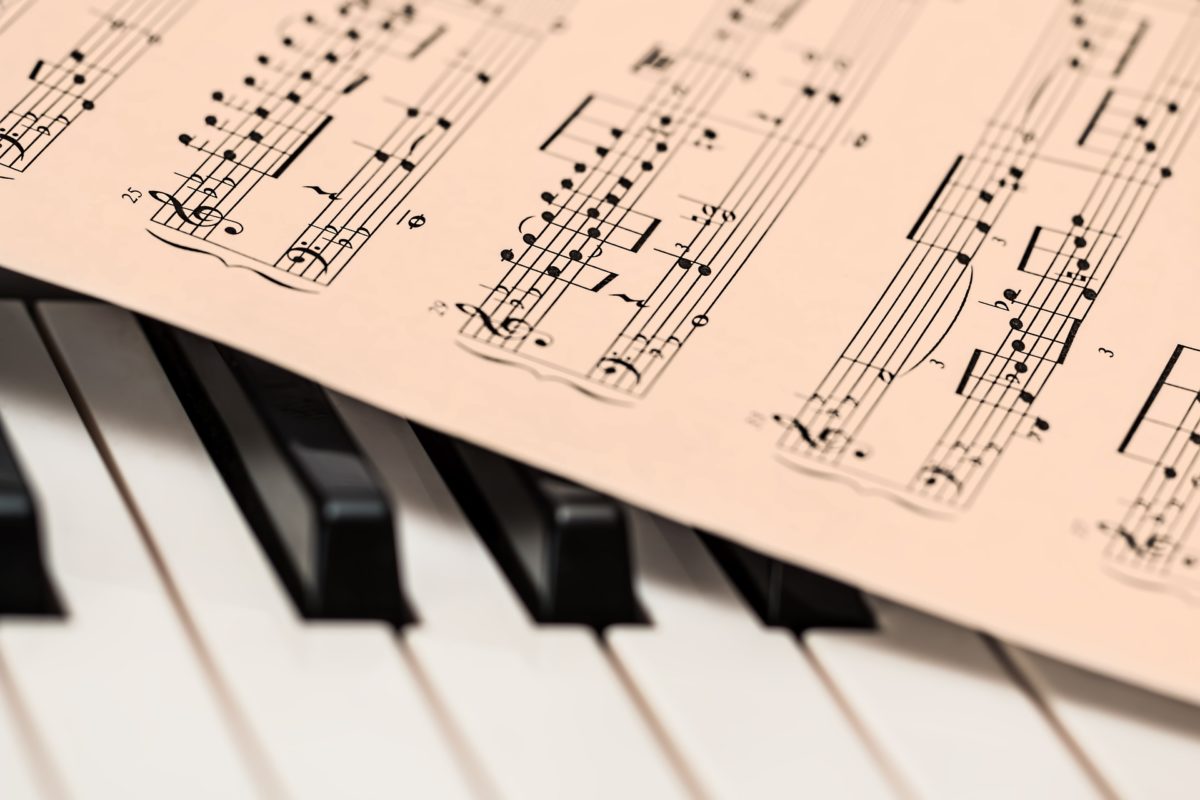 As musicians, we’re all familiar with the notes of the heptatonic scale: A B C D E F G. What many of us may not know is the history of these notes and how musical notation got to be the way it is.
The purpose of musical notation is to tell someone what notes should be played without playing the note. They are supposed to be agreed upon reference points to enable music to be shared without being played.
Some of the earliest notation we have comes from the Ancient Greeks. Pythagoras in particular was interested in how music worked, after hearing the sounds made by blacksmiths hammering metal. He discovered that notes that fit together share mathematical relations, for example, the two notes that form the interval of an octave have a ratio of 2:1. Many consider this revelation to be the origin of musical theory, though earlier notation does exist from Sumer, which indicates a much older origin.
In the year 100AD, we find the first fully transcribed song, the Seikilos Epitaph. From this, we know that the Ancient Greeks had begun to use the letters of the Greek alphabet to label the notes Pythagoras had set out.
Greek notation seems to have fallen out of favour around the time of the fall of the Western Roman Empire. We know that Roman notation had been adapted from the Greek thanks to writing by Boethius, though the system used was the same in all but the characters used.
Around 600 AD, the church had begun to use their own system from recording songs known as “plainchant”. This system, known as Neuem, was limited as it did not describe rhythm, only the relation of one note to the one before. This meant singers could end up singing entirely different songs – not quite singing from the same hymnsheet!
This all changed in 1025, when a musical theorist named Guido d’Arezzo who you may remember from last week. While visiting a monestary, he watched young monks struggle to learn plainchant and decided that there had to be a way for people to learn music without ever having heard the song.
Guido’s innovation was to group pitches in clusters known as “hexachords”. This were fixed, meaning a single note could be used as a reference point for everything which followed. This reference note would eventually evolve into “clef”, the symbol at the start of a notation used to establish what key a song is in. Guido’s system continued to evolve, eventually settling on a four line stave.
By the 12th Century, we find many manuscripts with a five-line stave that we recognise today. However, the system of musical notation was not quite complete. There was still no indication of how long a note should last. Franco of Cologne was the first person to address this, creating a series of square- and diamond-shaped notes with no stems. This system was later adapted by Philippe de Vitry who created symbols that would not be entirely unrecognisable today.
The notes were named, with the Maxima being the longest, however as music has a tendency to speed up, it was equivalent to our modern semibreve, four beats.
Bar lines were added in the 17th Century. Now musicians could really write down musical ideas. This lead to more complex compositions and began shifting the music of the time from Baroque to Classical music. Around this time, notes also became more rounded, forming the symbols we know today.
As Classical music used more expression, new elements of notation were created to indicate how the notes should be played, the feel of the music and the volume.
In the modern era, musical notation has continued to evolve. Microtones have risen, notes closer together than a semitone, and we’ve seen the rise of prepared instruments, like pianos played with hammers on the internal strings and even music based on chance instead of rigid composition.