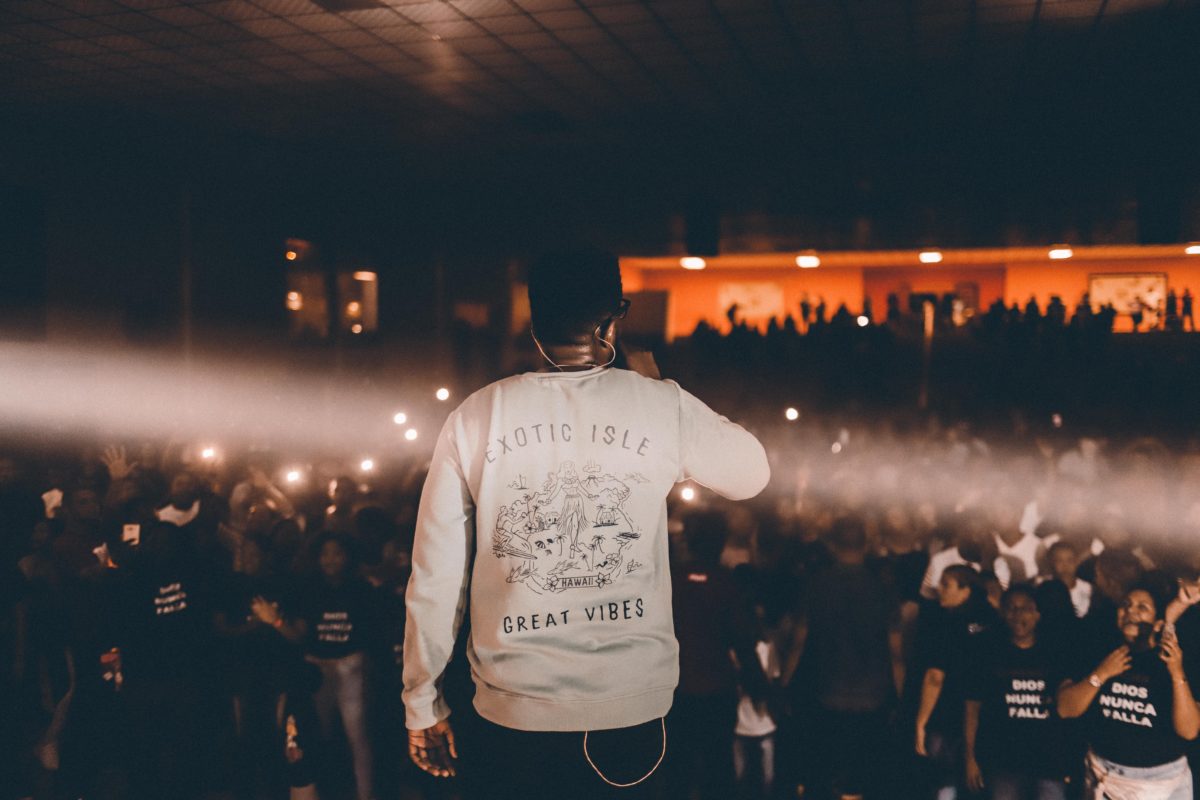 This week, we’re continuing our exploration of extended vocal techniques by looking at one of the most versatile, recognisable and easy to grasp techniques. Beatboxing is the vocal approximation of drum machines and is often tied into the world of hip-hop.

The earliest sounds we may recognise as beatboxing may come from early American rural music, such as eefing, also known as “hillbilly beatboxing”. There are also a collection of sounds in African traditional music that might also be at home in beatboxing, built upon the sounds of loud exhaling. Jazz scat singing also fits in to the forms history, though scat focused more on the approximation of words than the production of percussive sounds.

Vocal percussion appears in popular music such as Paul McCartney’s “That Would Be Something” and Pink Floyd’s “Pow R. Toch H.” Both of these songs were recorded in the late 60s, at a time when hip-hop was just starting to emerge.
Beatboxing might truly be said to have originated in the 1980s, with early pioneers suchs as Doug E. Fresh imitating the Roland TR-808 drum machine, released in 1980. Before this, “beatbox” was a term used to describe drum machines throughout the 70s. Other early beatboxers included Rahzel, famous for his ability to sing and beatbox at the same time, and Kenny Muhammad The Human Orchestra, who is credited as inventing the inwards k sound used in beatboxing to mimic a snare drum.

Since the early 2000s, the internet has played a major role in the popularity of beatboxing, with online forums springing up to share techniques and tutorials. This has given the modern beatboxer a much richer technical understanding of the form, as well as a richer sound palate to draw from.

Beatboxers of the modern era are able to produce up to eight sounds at a time thanks to a mix of vocal technique and innovations such as throat tapping techniques which augment sounds further, and is found in traditional folk music.

High profile films such as the Pitch Perfect franchise and bands like Pentatonix have further increased the awareness of beatboxing, and now it has become a global community of performers. Even Siri gets in on the action. When asked to beatbox, the smartphone assistant will repeat the phrase “boots and cats” to mimic beatboxing.

There are three major ways in which beatboxers make sounds.
Firstly, we have ejectives. These are strong exhalations that make up the percussive elements. Letters such as T and P can be used as ejectives, or “Ch” sounds.

Secondly we have non-standard fricatives. These are sounds not covered by the International Phonetic Alphabet, an alphabet designed as a standardized representation of the sounds of spoken language. Sounds not considered possible by the IPA include buzzing or claps of snare sounds. These sounds have all kinds of specific technical names, such as bilabial lateral fricatives.

Lastly, we have coarticulation which is the ability to produce two sounds at at time. Many beatboxers are able to produce a rolled “R” sound while also saying a “V” sound. While it may appear as though their tongues are in two places, it is actually possible thanks to careful placing of sounds against each other and vocal dexterity.

In 2013, scientists put a beatboxer through an MRI machine while performing. Following this, proposals have been made to develop a form of musical notation for beatboxing, combining the IPA with musical staves.